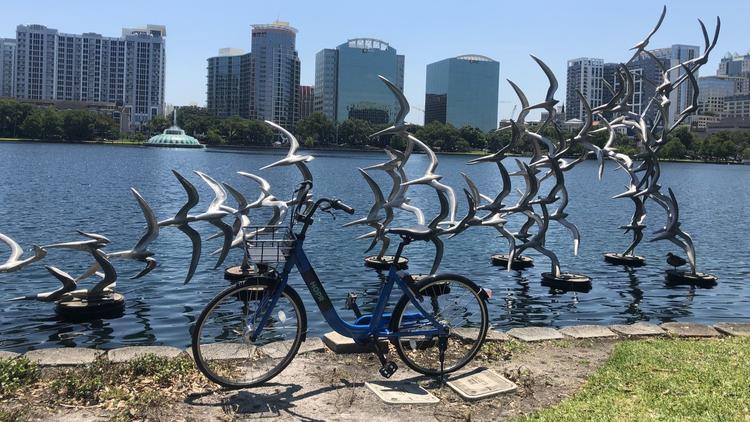 A second bike-sharing company is coming to town, though it’s not a total stranger.

HOPR plans to launch 250 GPS-enabled dockless bikes in Orlando Friday. The line of bicycles is run by the same group, CycleHop, that operated Juice Bike Share, which was the city’s first platform in 2016.

The HOPR bikes are blue and operated by a smart-phone application. For riders, the cost is the same as its only current Orlando competitor, Lime: $1 to unlock a bike and 15 cents per minute of riding.

While Lime bikes has a battery that helps a rider pedal, the HOPR bikes will be traditional 3-speed pedaling bikes, said Chelsea Davidoff, a HOPR spokeswoman. The company does plan to put E-Bikes on the road eventually, she said.

HOPR will also offer a $20 monthly pass, and a $99 annual pass, which allows for an hour of riding a day. Riders who exceed that will be charged 10 cents per minute.

Juice’s bikes were docked, which meant they needed to be locked to a rack. Once the city council altered its rules for bike sharing last year, paving the way for the dockless option, its ridership dwindled as Lime gained a foothold in town.

Currently, Lime keeps about 500 bikes on city streets. The dockless bikes have a U-lock that’s built on to it and can be left seemingly wherever a rider finishes their trip.

In a news release, HOPR said riders are “encouraged to return the bikes to parking hubs or a public bike rack.”

This article was originally published on the Orlando Sentinel.